THE STORY SO FAR: Given the use of a typewriter and some flimsy “second sheets” of paper, I had launched an attempt to infiltrate the world of Larry Peters, boy hero of The Adventures of Larry Peters.

To my astonishment and delight, I had succeeded in that effort. I had managed to write myself from my grandparents’ house in Babbington to the fictional town of Murky Bay. Appearing “as if from nowhere,” I secured employment as a paperboy, replacing the boy who had previously held that position. Then, toting a sack of papers, I made my way across the treacherous waters of the tidal channel that separated Kittiwake Island, where the Peters family lived, from the mainland. To my further astonishment and delight, I was welcomed there by the member of the Peters family whose welcome I most desired: Lucinda (“Lucy”) Peters. Alas, I couldn’t stay. My parents were ending their visit with my grandparents, and I had to leave Kittiwake Island, the world of Larry Peters, and Lucy, put the typewrite away, and return to my home in Babbington Heights, where, as far as I could tell, there were no adventures to be had.

A week passed before I visited my grandparents again. As soon as I arrived, I begged for permission to use the typewriter again, and as soon as I had rolled a sheet of paper into it, I wrote myself back onto Kittiwake Island, in my paperboy disguise, carrying my newspapers, and I immediately set off in search of Larry—and Lucy.

I DISCOVERED THEM on a small beach on the south side of the island, stretched out side-by-side on a blanket on the sand. For a while, I observed them from a distance, close enough to overhear their conversation, but not close enough for them to notice me.

“I knew that,” said Larry. “Your elaborate yawn gave you away.”

“I wish something would happen to alleviate my boredom,” said Lucy.

“Maybe you should invite some of your girlfriends over from the mainland. I could baste them with suntan lotion. That would be fun.”

“Their squeals of delight would alleviate your boredom.”

“Not much—and besides they complain that it’s hard to get here.”

“Dad’s put so much work into making this place invulnerable that nobody wants to come here.”

“We’re prisoners on this island.”

“Elba, not Elbow. Napoleon was exiled to Elba.”

“He must have been bored out of his skull.”

She rolled onto her back and put her sunglasses on.

“There is absolutely nothing to do here,” she said.

“Say! I’ve got an idea,” said Larry. “We could offer our services to Dad for the summer. He’d find plenty for us to do. He’s always got extra work on the new fall line of gewgaws.”

Lucy lowered her sunglasses and looked at Larry over the top of the frame.

“Yes, I am,” she said, “now, here, today, right here, right now, on this stretch of shoreline on Kittiwake Island, I’m still bored.”

“You know what Dad would say to that.”

“He would say, ‘People who are bored are boring.’”

“But he doesn’t have to endure a summer on this island with nothing to do. He has his work, and that occupies most of his waking hours.”

“Much of his dream time, too, I suspect,” said Larry.

“You know,” Lucy said suddenly, animated for a moment, raising herself to look at Larry earnestly, “just at this moment I envy him his work. I wish that I had something like that to occupy me so completely that it would keep the deadly stultifying boredom at bay.”

“It just occurred to me that when your Boredom Quotient reaches this level, something totally unexpected usually happens to shatter the calm of our idyllic island existence—”

“—and send us off on another of our thrilling adventures.”

“Send you off on another of your adventures, you mean. No matter where you go or what thrilling adventures you manage to get into, I’m always left here with Mom, bored to tears.”

She let herself fall to the blanket, and rolled over onto her belly again. Larry ran his eyes along the length of her. From a distance, so did I, and then, suddenly, I called out, “Hello!” I hadn’t intended to call out “Hello!” or anything else, but I couldn’t help myself. It just burst from me. Some part of me not under my control must have insisted on my letting Lucy know that the fascinating new paperboy, Peter Leroy, had returned.

Startled by the sound of my voice, they looked in my direction.

“What the hell was that?” asked Larry.

“It was someone calling ‘Hello!’” said Lucy.

“Then who the hell was that?”

I waved and hastened to her side, arriving a little out of breath.

Lucy smiled and said, provocatively, “Hi, to you, too, Peter Leroy.”

Larry smirked and said, aggressively, “How are things in Glocca Morra, kid?”

For an instant, I felt anger, because of the insult, but in another instant, I felt pity, because I understood Larry’s resentment of my intrusion, his fear that I might usurp him as Boy Number One on Kittiwake Island, and in understanding that I think that I even understood the meaning of tout comprendre, c’est tout pardonner, in a twelve-year-old’s way, even though a couple of years would pass before I heard it in Mr. MacPherson’s French class, and quite a few years before I saw it in the last chapter of War and Peace, and more years still before I decided that it was bullshit.

I smiled, and I was about to say, “Well, I’ve never been to Glocca Morra, but I’d be very surprised if things in Glocca Morra were as boring as things in Murky Bay—before I arrived,” but Lucy spoke first.

With a sneer she told Larry, “That remark does not deserve a response.”

To me she said, “You’ve come to alleviate my boredom, haven’t you, Peter?”

“Aren’t you the eloquent one,” she said.

That stung. I resolved to say nothing until I had something clever to say. So I stood there saying nothing at all and wondering what had gone wrong, what was going wrong now.

I’d expected that Larry and I would be friends, but he seemed to think differently. Not only did he not want me to be his friend, but he actually seemed to think of me as an enemy. I’d expected Lucy to—well—to be honest, I’d expected her to fall in love with me. I’d thought, in a vague sort of way, that she’d take me by the hand and lead me along the shore to a small cove, quiet, secluded, and picturesque, where she and I—

“Cat got your tongue?”she asked.

“You became silent and distant, as if you had gone into a trance or drifted far away from us.”

“I did drift away,” I said, shyly, and possibly blushing slightly, “but not far. I was having an adventure—in my mind.”

“This kid is nuts!” said Larry. “Totally nuts! An adventure in his mind!”

“Pay no attention to him,” said Lucy. “Tell me—how are you going to do it?”

“Alleviate my boredom. How are you going to do it”

“Sorry, but I don’t know how to alleviate your boredom. I just don’t.”

“What do you do when you’re bored? How do you alleviate your boredom?”

“So you came here? To the epicenter of boredom?”

“Well—I guess it was because—well—everything I’ve read about life on Kittiwake Island made me feel sure that—well—that I’d find adventure here.”

“Not today, apparently,” she said. “Besides, it doesn’t work that way. Adventure isn’t just waiting here. Most of the time, there’s nothing going on here that even remotely resembles adventure—take it from me.”

“Oh, it’s true that once in a great while, adventure comes here. It’s thrust upon us, out of the blue, when we least expect it.”

“I remember reading about the way adventures are thrust upon you.”

“What a jerk,” muttered Larry.

I did remember the way adventures were thrust upon the Kittiwake island clan, sending Larry and his father, Edgar Peters, the renowned inventor and gewgaw magnate, hurrying off to parts unknown, and I wished he would take off for Glocca Morra or someplace immediately.

Just then, Mr. Peters came running up. A heavyset man, he was puffing and wheezing when he reached us.“There you are, Larry!” he gasped. “I’ve been looking all over for you. We’ve got to leave right away!”

“Yes!” Said Mr. Peters. “Adventure has been thrust upon us once again! We’re off to Glocca Morra!”

“I suppose so,” said Mr. Peters, “but I have to admit that I don’t know anything about Glocca Morra but its name—to me it’s one of those ‘parts unknown.’”

“Gosh, Dad,” said Lucy, “I thought you knew everything!”

Turning to me, Mr. Peters said, “Perhaps you know something about Glocca Morra, lad?”

“Just the name,” I admitted.

“Sure will!” said Larry. “Keep the home fires burning.”

They hurried off. Lucy stood there with her head down, staring at the sand, sniffling.

“I’ve got an idea,” I said, because I wanted to say something that would cheer her up.

“Why don’t we try doing what I did—going somewhere else—somewhere where we might find adventure?”

“Fine with me,” she said gloomily, “but where are we going to go. Glocca Morra is taken.”

I had no idea. I looked around frantically, as if some promising place might appear out of nowhere.

“How about that island out there in Murky Bay,” I suggested.

“What island?” she asked. “This is the only island in—oh my God—there is an island out there. Where did that come from?”

“Come on!” she said, taking me by the hand and dragging me off with her. “We’re going to row out there and investigate. There’s something strange about an island that moves.” Suddenly she stopped and turned to me “You’ve done it!” she said. “I could kiss you!”

And I decided to become a writer. 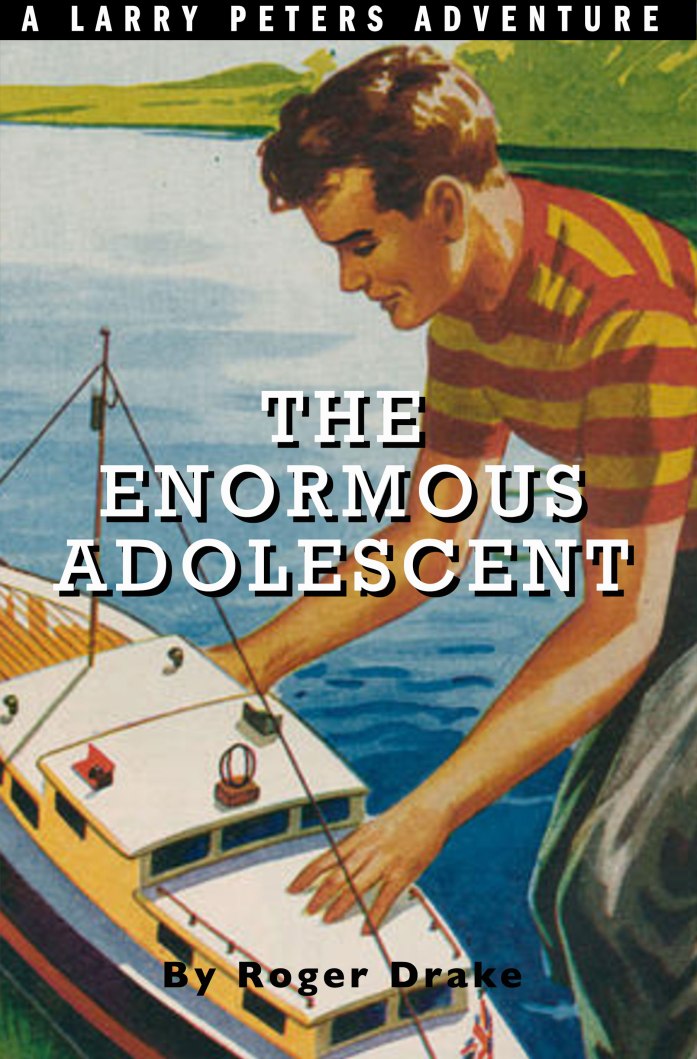 The problem of other minds is the problem of how to justify the almost universal belief that others have minds very like our own. 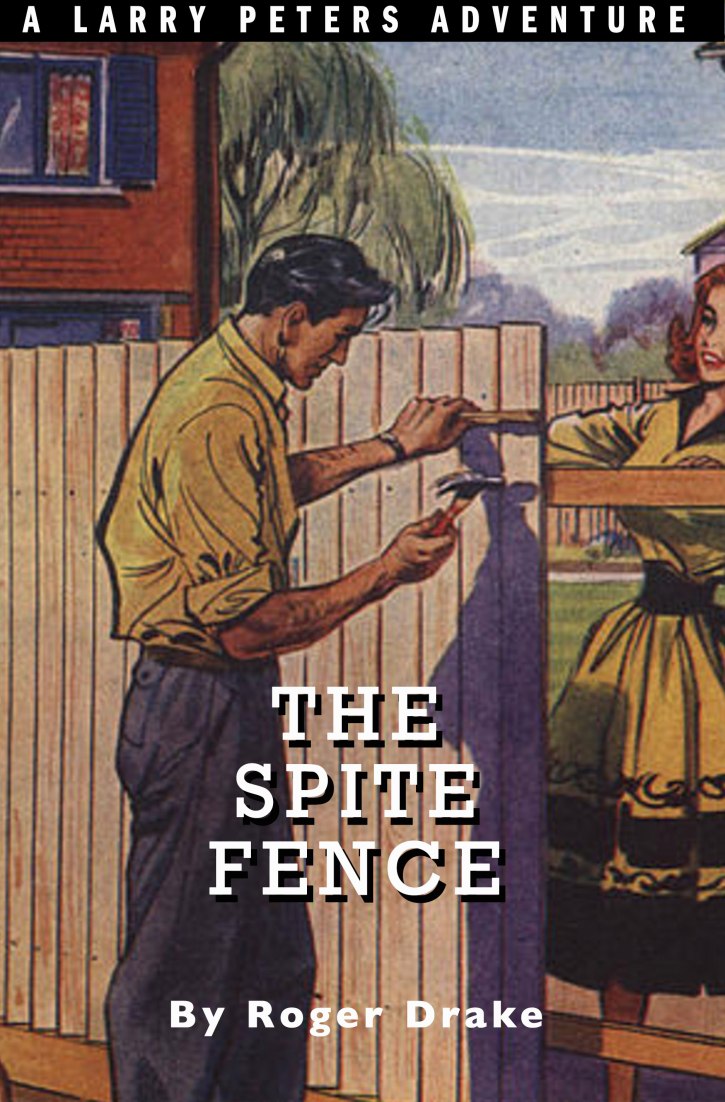 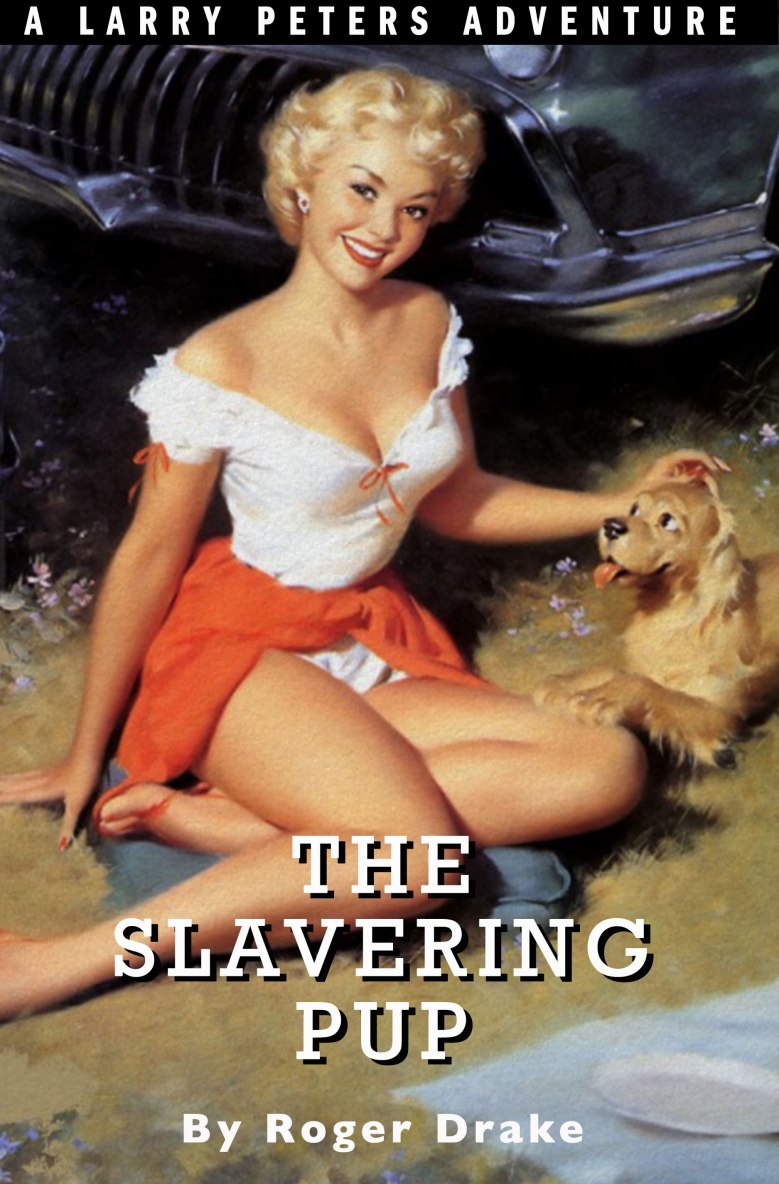 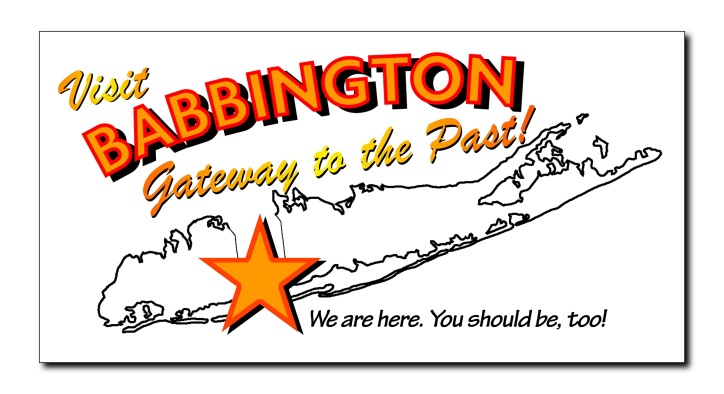 “One must be indulgent to little weaknesses; who is free from them? . . . We should enter into everyone’s situation. Tout comprendre, c’est tout pardonner.” 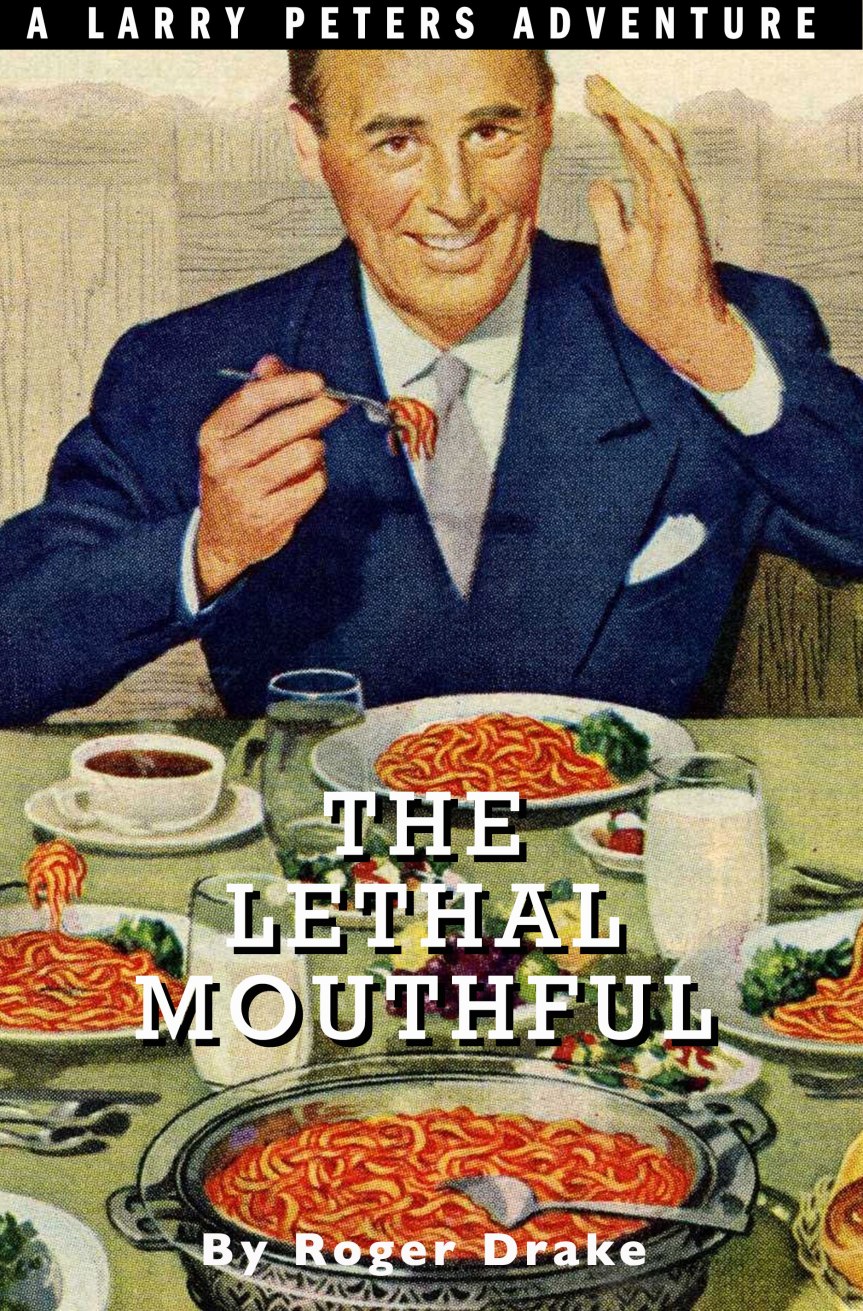 I remember [Meyer] Schapiro telling us that before Cézanne, there had always been a place in landscape painting where the viewer could walk into the picture. There was an entrance; you could go there, like walking into a park. But this was not true of Cézanne’s landscapes, which were cut off absolutely, abstracted from their context. You could not walk into them—you could enter them only through art, by leaping.

Kafka Was the Rage 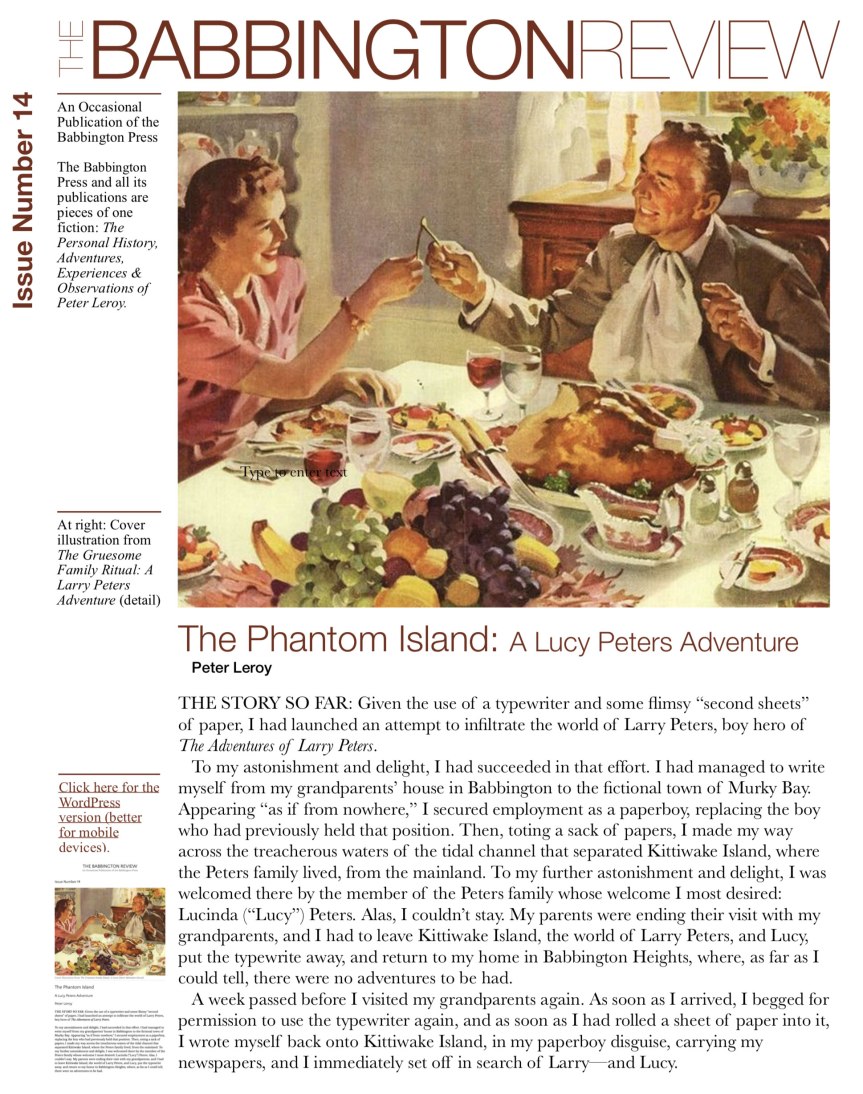 Like Loading...
The Babbington Press and all its publications are pieces of one fiction: The Personal History, Adventures, Experiences & Observations of Peter Leroy.
Follow THE BABBINGTON REVIEW on WordPress.com